Reading:
British Airways strikes are another hit on the airline’s reputation
Share: 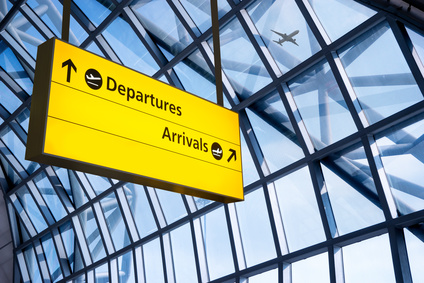 British Airways strikes are another hit on the airline’s reputation

Following last year’s serious cyber attacks that affected hundreds of thousands of their customers, the recent British Airways strikes have undoubtedly contributed to another big hit on the IAG-owned airline’s public image.

We’ve talked a lot recently about the concerns we have as lawyers fighting for justice in the BA Group Action. We’ve spoken to the media and have been in the news ourselves about the issues we have with the way the legal cases are going. It seems to us that the lawyers acting for BA are perhaps trying to get a short cut-off date for the court action. This could lead to hundreds of thousands of people missing out on the chance to claim

Add the strikes into the mix, and it seems to me that British Airways has a lot to work to do if they want to improve their reputation.

British Airways strikes cause another headache

We understand that the British Airways strikes have led to practically all their flights being cancelled earlier this week, causing travel chaos for countless customers.

The issue over the pay deal that the pilots aren’t happy with has not only led to the flight of the strike days themselves, but the aftermath has also reportedly led to more problems as well.

Although this is a separate issue to the BA Group Action that we’re fighting for justice in, I do find myself wondering about how they’re going to repair any damage caused to their reputation.  In terms of the legal action, there’s clearly a case to be made in our view, and the ICO (Information Commissioner’s Office) has issued a notice of intention to fine for a record-breaking £183m.

We believe that we will be able to succeed with claims for compensation.

It seems to me that the best thing BA should do when it comes to the data breach compensation claim is to make sure that those who are affected are fairly compensated. However, it seems that we may have a fight on our hands. If BA’s lawyers get their way, hundreds of thousands of victims could miss out on the chance to claim.

Why could people miss out on their chance to claim?

Although the deadline to join the court action for the BA Group Action has yet to be set, it could be soon. The lawyers representing British Airways appear to be wanting as short cut-off date for victims to join, which could seal off the action quickly and lead to hundreds of thousands not putting a claim in on time.

They’re within their rights to try and push for this. But, surely, their focus should be on ensuring that anyone who has been genuinely affected by the 2018 cyber-attacks receives the justice that they deserve, I feel.

Add the issues over the British Airways strikes into the mix, and things really don’t look good in terms of the pubic image in my view.

If you were affected by the 2018 data breach incidents, we strongly recommend that you sign-up to join the BA Group Action as soon as you can.

With the potential for deadlines falling very soon, you don’t want to miss out on the chance to claim if the action is subject to a short cut-off date.