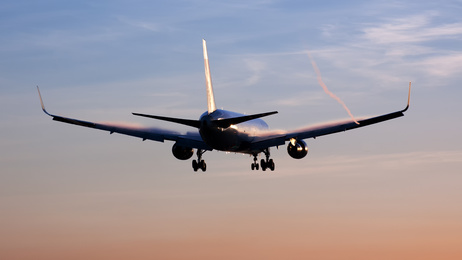 In May last year, the news of the EasyJet cyberattack hit the headlines when the airline publicly admitted that the data of nine million customers had been hacked. Although the attack was first identified as early as January, some customers did not hear about their involvement in the breach until May.

Now, just over a year since the news of the incident broke, we continue to take on claims for those affected by the cyberattack. If easyJet is found to responsible for the exposure of their customers’ data, the company could be liable to pay out thousands of pounds in compensation to the victims.

As a leading firm of data breach and consumer actions lawyers, Your Lawyers- The Data Leak Lawyers – is leading a number of high-profile group actions against large companies, including travel companies like Marriott and British Airways. We have been representing clients for privacy matters since 2014, so we have the expertise needed to bring your data breach claim to fruition. Anyone affected by the easyJet cyberattack can contact us today to start their claim.

The easyJet cyberattack in summary

After reportedly first detecting an attack in January 2020, easyJet went public in May 2020, revealing that the data of some 9 million people had potentially been exposed. While the majority had their email addresses and travel details exposed, the credit and debit card details of approximately 2,208 people were also subjected to unauthorised access.

This group of customers did not hear that their details had been affected until early April. The delay to notify customers was accounted for by easyJet in the following statement:

“This was a highly sophisticated attacker. It took time to understand the scope of the attack and to identify who had been impacted.”

As a result of the easyJet cyberattack, victims were exposed to a number of security risks. Those who had experienced the exposure of their email addresses were warned of the possibility of phishing attacks. Meanwhile, those who had also had card details accessed were at more severe risk of fraud, particularly given the fact that the CVV security codes from the back of their cards had also reportedly been viewed.

What can the victims do?

A year may have passed since the easyJet cyberattack, but that doesn’t mean your right to claim has expired. Under the GDPR, all data breach victims can be entitled to claim compensation for the harm caused.

Each claim can take into consideration the unique factors that affected the claimant. For example, many may have suffered different forms of distress, and some may have even sustained a psychological injury. In addition, those affected by scams and fraud may have fallen prey to financial loss. In a claim, we may be able to recover compensation for any of these adverse effects.

If you were affected by the easyJet cyberattack, now is your chance to seek the justice you deserve. Everyone has a right to know that their data is being handled safely and securely, so when a third-party organisation lets you down, you can be entitled to make a claim for compensation.

To receive expert advice from our data breach team, contact us today for a free, no-obligation discussion of your potential compensation claim.