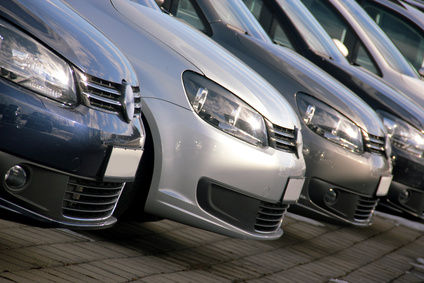 It has been reported that the Sandicliffe car dealership data breach occurred earlier this year in February and could possibly affect hundreds or thousands of people.

The data breach stemmed from a cyberattack that was a result of a phishing scam and it is currently unknown exactly how many people could have been affected. Information exposed could include personal and sensitive data such as financial information and medical details.

As a leading firm of data breach compensation specialists fighting for justice for thousands of victims in over 50 group and multi-party actions, we are offering No Win, No Fee legal support for anyone affected by the cyberattack.

If you have been affected by this breach, speak to a member of our team today for free and no-obligation advice here.

The Sandicliffe car dealership data breach is said to have stemmed from a phishing scam that has affected two employee email accounts. It is understood that this has resulted in criminals gaining access to a number of personal data files.

The Sandicliffe car dealership is understood to own 10 showrooms. As such, there could be hundreds or thousands of people who have been the victim of personal and sensitive information being exposed, and it is important that people are able to access the support that they may need.

The incident has been reported to the Information Commissioner’s Office (ICO), and it is understood that the UK’s data watchdog has decided to take no further action. It has also been reported that victims of the breach may have only been told about the exposure in recent weeks, which is an additional factor that must be investigated.

The GDPR stipulates that victims should be notified in a matter of days, not months. We are keen to know why it has taken so long for people to be made aware, as victims could have been at risk of scams and fraud for months without knowing.

Data involved in the breach

The information involved in the Sandicliffe car dealership data breach is believed to have included:

It may be that it is combinations of some of the above information that has been exposed on an individual basis. It is understood that the nature of some of the data that could be involved may be dependent on their role in the company and how much information was on record.

The nature of the data that could have been involved in this breach is highly sensitive and, in the hands of cyber-criminals, the dangers are real. Such information could leave victims vulnerable to fraud, scams, identity theft, and malicious cyberattacks.

Sandicliffe has said that there is no evidence that this data has been stolen by the hackers with the intent to use it in such ways so far. That being said, victims of the data breach have been warned to remain vigilant and to report anything that is suspicious.

Have you been affected?

Have you been affected by the Sandicliffe car dealership data breach? If you have, you could be eligible to claim compensation with us today on a No Win, No Fee basis.

We are specialists in the niche area of data breach law, having pioneered privacy and data breach cases since way back in 2014. As such, we have years of experience in dealing with cases like these, representing thousands of claimants across dozens of multi-party and group action claims, with millions of pounds in damages recovered.

We want to hear from you if you have been informed that your data was exposed in the Sandicliffe car dealership data breach. Due to the highly sensitive nature involved in this data breach, if your data has been exposed to hackers, data breach compensation amounts could be substantial.

Get in touch with us here today for help.