For victims of serious council data breaches, it can be important to claim compensation to achieve some form of justice for what you have had to go through.

The GDPR can entitle you to claim compensation for any distress that is caused by the loss of control of your personal information, and you could be awarded thousands of pounds in damages. Your Lawyers, as leading Data Leak Lawyers, has a current average settlement award of just over £6,000 in damages alone for mostly individual clients. This shows that the law can ensure that victims are fairly compensated, and that our significant experience in this area of law can lead to high pay-outs.

We know some other firms that have only more recently started looking into data cases are settling quickly and cheaply, which may not allow for full justice for the victims. Our experience, having worked in this area of law for almost a decade, speaks for itself. Never get duped into accepting anything less than you deserve.

END_OF_DOCUMENT_TOKEN_TO_BE_REPLACED

Property firm data breaches can result in a significant amount of personal and sensitive information being misused or exposed, and victims could be eligible to claim compensation now on a No Win, No Fee basis.

Your Lawyers – as leading Data Leak Lawyers – has a wealth of experience in this complex and niche area of law. Representing thousands of victims of data breaches and having recovered over £1m in damages to date, our experience and reputation is clear to see.

We have been advocating for privacy claims for almost a decade now, which is a great deal longer than most other firms out there. Make sure to speak to our expert team here now for free, no-obligation advice.

END_OF_DOCUMENT_TOKEN_TO_BE_REPLACED

Equifax data breach settlement reached in the US

An Equifax data breach settlement has been reached in the US that will see up to $425m available for those affected by the cyberattack that was identified in 2017.

The settlement has taken place in the US which means that it is a separate matter to the legal action being taken in the UK, but this development is positive news in respect of the wider fight for justice. At the time of the posting of this article, you may still have time to join the group action case for compensation as long as you speak to the team as a matter of urgency.

END_OF_DOCUMENT_TOKEN_TO_BE_REPLACED

We are taking legal action following being approached for help in respect of the Emma Sleep cyberattack that may have resulted in personal details and card payment data being exposed.

It is understood that the company has been notifying customers that they may have been caught up in a cyberattack where payment information may have been scraped from their website. Anyone affected by this incident could now be at an immediate risk of fraud and theft, so victims will need to be vigilant about being targeted. Changing access credentials, regularly checking your finances and speaking to your bank would all be good first steps.

We have accepted instructions to act on a No Win, No Fee basis in pursuit of data breach compensation. As leading Data Leak Lawyers, we fight for the rights of those who have been wronged in data events, and we may be able to help you now.

END_OF_DOCUMENT_TOKEN_TO_BE_REPLACED 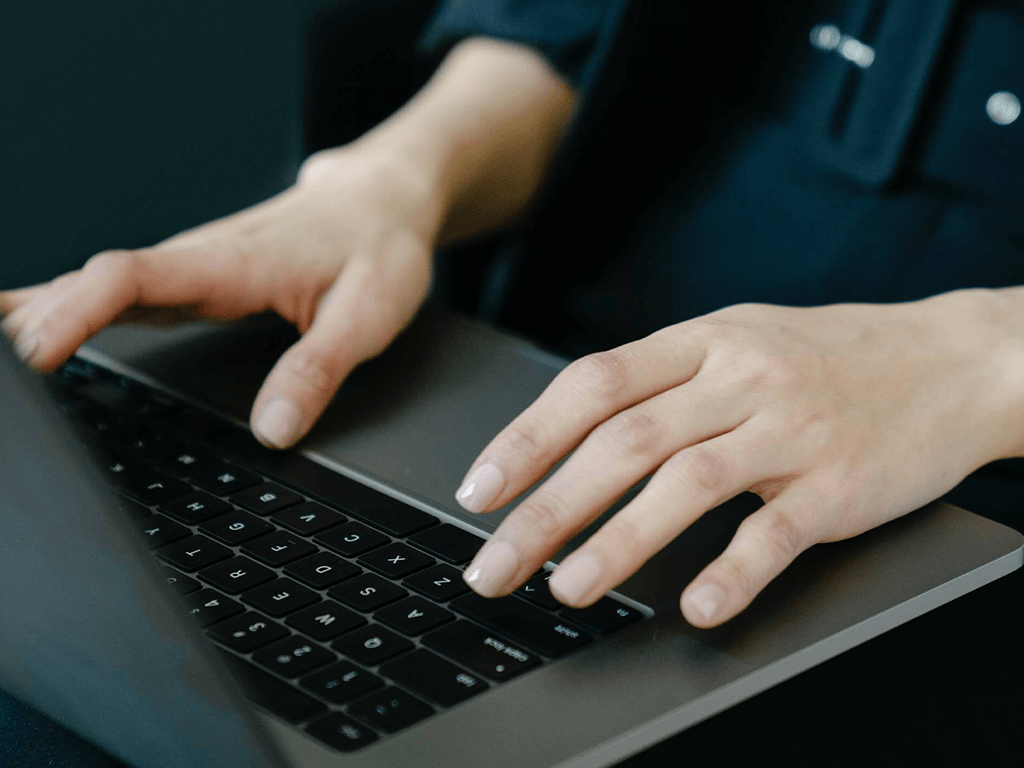 We are taking legal action following the Aspen Healthcare data breach discovered last month, and we are able to represent eligible clients now on a No Win, No Fee basis.

Your Lawyers – The Data Leak Lawyers – is a leading firm of privacy compensation specialists representing thousands of clients in individual cases and as part of the over 50 group and multi-party actions we have launched. We have recovered over £1m in damages for mostly individual clients to date, and we have been working in this niche and complex area of law for almost a decade. This is a lot longer than most other firms working in data compensation law, which means that our experience is unmatched in our view.

If you have been affected by this data breach or any other, our team is able to provide free, no-obligation advise here now.

END_OF_DOCUMENT_TOKEN_TO_BE_REPLACED

The Financial Conduct Authority (FCA) is a regulator that monitors the activity of financial services firms in the UK. Despite this authoritative position, the FCA has fallen foul of data laws, and was reportedly responsible for three major data breaches in 2020 alone. The three FCA data breaches in question were acknowledged following a Freedom of Information request (FOI) that was made by a media outlet, but the full details of the incidents were not expanded upon.

Regardless of the exact circumstances of incidents such as these, it is concerning to learn that personal information looks to have been exposed by the FCA. In its regulatory capacity, the FCA actually investigates businesses that have been responsible for data breaches, so its own reported failure to comply with data protection law could undermine the authority it should have over the organisations it regulates.

Given the sensitive information it holds about consumers and businesses, the FCA should have an advanced level of data security, but it seems to have failed in this responsibility on some occasions. When information is exposed by data controllers, they can be held accountable in accordance with the law. So, if you have been affected by a data breach, you could be entitled to make a compensation claim.

END_OF_DOCUMENT_TOKEN_TO_BE_REPLACED

Holding extensive quantities of information relating to buyers and sellers, estate agents can be prime targets for hackers. The threat of cybercrime appears to have grown in the past year, with attackers taking advantage of the vulnerabilities created by the coronavirus pandemic, and so estate agent cyberattacks may also represent a growing threat.

However, it is important to stress that hackers do not bear sole responsibility for data security incidents. If businesses and organisations fail to implement the necessary cybersecurity measures, they can be to blame for allowing cyberattacks to access their systems. Such may be the case for estate agencies if they fail to implement rigorous data protection methods.

If this happens, you could be eligible to pursue a claim for data breach compensation now.

END_OF_DOCUMENT_TOKEN_TO_BE_REPLACED

Every year, thousands of people fall prey to investment fraud, in which criminals lure victims in with the promise of huge returns. While some of these scams can be unsophisticated and easy to detect, others can be highly convincing, making them harder for people to identify.

In order to target victims with investment scams, fraudsters first need to gain access to contact details in order to send out their fraudulent marketing material. In the digital age, in which businesses hold vast quantities of consumers’ personal information, data breaches are increasingly becoming prime sources of personal details for cybercriminals.

If your personal information is exposed in a data breach, and falls into the hands of cybercriminals, you could be put at risk of all kinds of financial crimes. In cases where the data controller failed to do enough to protect your private information, they can be indirectly responsible for the risks you have been exposed to, and they could be liable to pay you compensation as a victim of the data breach. To find out more about a potential data breach claim, contact our specialist team for free, no-obligation advice.

END_OF_DOCUMENT_TOKEN_TO_BE_REPLACED

Victims of a workplace data protection breach could be entitled to bring claims for compensation, and we will look at one such event involving Portland Business and Financial Solutions.

Given that employers and companies involved in employment matters often store and process particularly personal and sensitive data, the impact of a breach, leak or hack can be substantial.

Your Lawyers – as leading Data Leak Lawyers – represent thousands of people for privacy compensation claims. We have done so for over seven years, which is a lot longer than most other firms out there. With over £1m recovered just for mainly individual data victims to date, and over 50 group and multi-party data actions launched, we know what it means to be experts in this niche and complex area of law.

END_OF_DOCUMENT_TOKEN_TO_BE_REPLACED 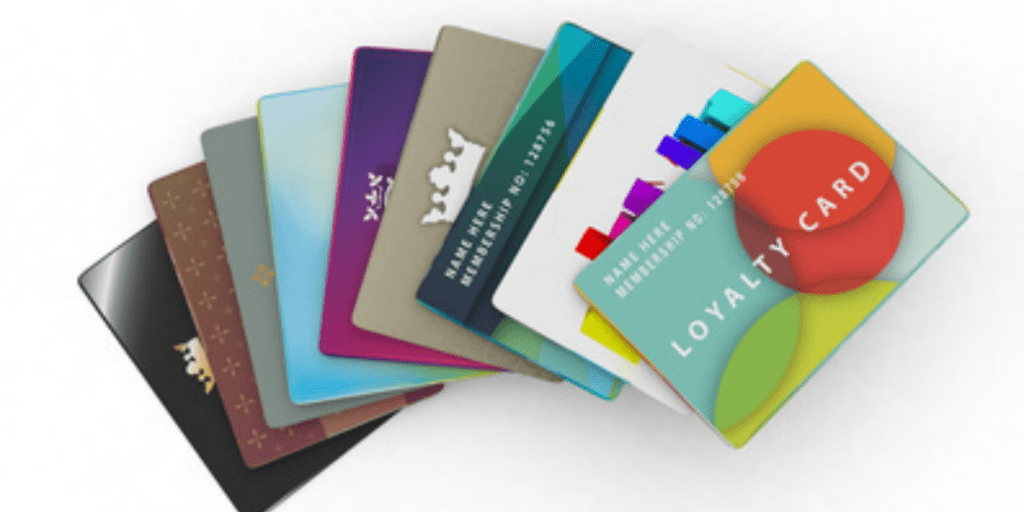 Even before the popularity of online shopping, it was possible for customers to fall victim to data misuse, with criminals carrying out hacks of card machines to gain access to payment details. Now, with online shopping on a constant upturn, many of us share our personal information with third-party companies on a regular basis online. If these companies fail to protect our information, we can fall prey to retail data breaches.

In fact, because of the wealth of card data held by retailers, they are a prime target for cybercriminals. Online retailers were arguably put at an increased risk during the past year’s lockdown periods, during which many people turned to online shopping to make their purchases, a fact that fraudsters were all too aware of.

Regardless of the potential increase in cybercrime, the data controllers themselves can bear the responsibility when a data breach does occur. Retailers have a legal obligation to protect personal information, and when they fail in this duty, they could be liable to pay thousands of pounds in compensation when victims make a data breach claim.