The recent record-setting British Airways and Marriott fines that are to be enforced by regulators show the importance of cybersecurity to prevent breaches, and justice for the victims when an incident occurs.

What we saw was two major organisations whose systems were breached when we should be able to expect big corporations to protect our data. We should be able to safely assume that these large, wealthy organisations can – and will – invest in solid cybersecurity. But both have undoubtedly fallen short, and the result is huge fines and claims for compensation for the victims.

The levels of the provisional fines to be enforced shows how seriously the Information Commissioner’s Office (ICO) is taking breaches of GDPR. The compensation actions that we represent people for are the way forward when it comes to justice for victims, which is not accounted for as part of regulatory fines.

END_OF_DOCUMENT_TOKEN_TO_BE_REPLACED

With this week’s news focused on big GDPR fines for British Airways and Marriott, we can only assume that more fines are on the way.

Our lawyers are fighting for justice in over 25 different data breach group and multi-party actions. That shows just how many big legal cases we’ve taken forward, and some of the incidents took place after GDPR was introduced last year. The BA Group Action is one of those, and the initial fine of £183m shows just how serious the Information Commissioner’s Office (ICO) is on punishing offenders.

With the likes of the Ticketmaster data breach and the Well Pharmacy incidents yet to involve penalties, we expect more big fines to be on the horizon.

END_OF_DOCUMENT_TOKEN_TO_BE_REPLACED 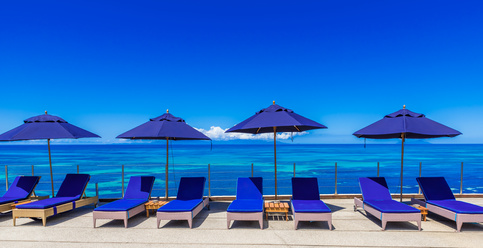 These are real statements of intent from the UK’s data watchdog, the ICO (the Information Commissioner’s Office).

When GDPR came into force last year, there was little doubt about the responsibilities that organisations have when it comes to data protection, and the punishments for failure are clear. We’re pleased with the announcement of another huge fine, and as always, we continue to bring the fights for justice for the victims who deserve compensation for the loss of control of their personal information.

END_OF_DOCUMENT_TOKEN_TO_BE_REPLACED

You may be entitled to make a claim for compensation as a victim of a hotel data breach, and we may be able to represent you on a No Win, No Fee basis.

For a long time now, hotel chains have been targets for cyber criminals. A wealth of personal and sensitive data is collected and used by hotels for guests, and payment information collected at the point-of-sale can also be a target.

There have been a few famous examples of hotel data breach incidents, including the Marriott incident and numerous point-of-sale attacks. As a victim of such a breach, you may have the right to make a legal case for compensation.

END_OF_DOCUMENT_TOKEN_TO_BE_REPLACED

Advice for victims of the Starwood data breach

If you’ve yet to see if you’re eligible to join the Starwood data breach compensation action, here’s some vital advice for you.

We’re a specialist law firm who have been representing people for data breach compensation claims for years. Thousands of asked us for help, and as well as all the individual cases we’re helping people with, we’re fighting for justice in over 25 different data breach group actions.