Facebook user records exposed again! In yet another data breach that’s hit the social media giants, data for millions of users has been found on a publicly-accessible Amazon server.

This is one in a growing line of recent Facebook data breach incidents that has plagued the tech giants in recent years. This appears to be another case of third-party developers being responsible for the incident as well. It’s understood that the leaks involve Cultura Colectiva, a media firm, and an app named At The Pool.

Some of the data that has been exposed in this leak is worrying. It’s yet another warning about the dangers of sharing Facebook account information via apps and plugins. Facebook themselves cannot avoid responsibility for these incidents either.

END_OF_DOCUMENT_TOKEN_TO_BE_REPLACED

The social media giant hasn’t had it easy lately, with a number of data breach incidents plaguing their public image. The recent revelations about the Facebook password data protection flaws is another headache to add to the pile.

It’s understood that some Facebook passwords have not been securely stored and have been accessible to thousands of Facebook employees. You would expect that one of the biggest social media platforms in the world would have the best protection for passwords, but this story suggests otherwise.

Users affected by the issue are set to be contacted by Facebook. This incident is one in a long line of recent data scandals Facebook has been embroiled in.

END_OF_DOCUMENT_TOKEN_TO_BE_REPLACED

Dangers of the Quora data breach

The dangers of the Quora data breach cannot be understated, especially when the incident reportedly affected up to 100m users!

Just yesterday we wrote about the issue of reusing passwords and user credentials across multiple sites. Doing so can put you at far greater risks than you may even realise. One of the key things it means is that your credentials breached in an attack could be used to break into other platforms you use. Facebook is a prime example with billions of users and a feature that lets you log into other platforms using your Facebook credentials.

On that basis, the dangers of an incident like this Quora one simply cannot be understated.

END_OF_DOCUMENT_TOKEN_TO_BE_REPLACED

The risks of reusing passwords

Thousands of people have contacted us for help with data breach claims. Victims can be entitled to make a claim for compensation. The risks of reusing passwords is one of the first things people may need to consider.

The advice is to never reuse the same passwords and user credentials across different platforms. Despite this, people still do it. It means that being the victim of one simple breach could lead to several accounts being accessed. In fact, it could even mean those credentials are used to hack into a business you are employed with.

There’s a great deal that many people may not consider when it comes to reusing passwords and usernames. The mindset needs to change!

END_OF_DOCUMENT_TOKEN_TO_BE_REPLACED 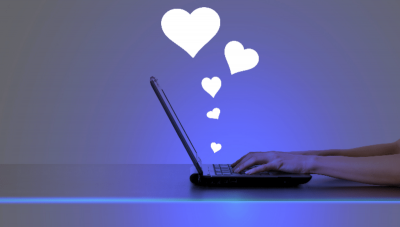 The Coffee Meets Bagel data breach was unfortunately revealed on Valentine’s Day. I.e. a dating app revealed a breach on the day of love and romance…

With the data breach reportedly having happened on 11th February 2019, I suppose its just a case of bad timing that notifications ended up being on Valentine’s Day. Either way, the American-based dating service that is used in the UK has suffered a breach.

This isn’t the first dating website that has been targeted for a data breach. We doubt it will be the last as well.

END_OF_DOCUMENT_TOKEN_TO_BE_REPLACED 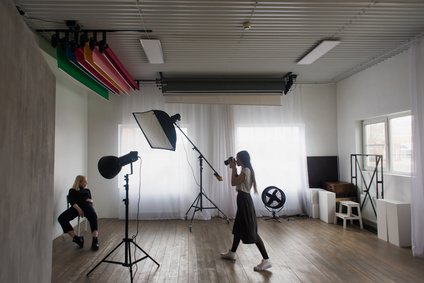 There’s been another huge security incident announced. This time it’s the 500px data breach that may have affected all 15 million of its worldwide users.

The Canada-based online photography networking platform (that also has an app) is understood to have identified security issue last year. However, it’s taken some six months for the organisation to discover that they’ve been breached.

The length of time that’s passed is particularly worrying. It means that victims of the 500px data breach may have already been targeted by criminals. Victims may have had no idea that their data had been exposed given that news of the breach has only just hit the headlines.

END_OF_DOCUMENT_TOKEN_TO_BE_REPLACED

News of an OkCupid data breach has been denied by the company, although a “bug” has reportedly been found by a security firm anyway.

Some users reportedly complained of their accounts being hacked and taken over. As a result of a lack of additional security, like two-factor authentication – a lack of security  apparently common in the dating site industry – some users were successfully targeted by criminals.

However, OkCupid denies that a security breach has taken place. That being said, a “bug” was reportedly identified by security researchers and has apparently been fixed.

END_OF_DOCUMENT_TOKEN_TO_BE_REPLACED

Greater Facebook regulation is looking imminent after a year-long inquiry that included issues over the misuse of personal data.

The inquiry, launched in-part after the Cambridge Analytica scandal, comes after a spate of recent data breach incidents involving the social medial platform. The recommendations made by the Digital, Culture, Media and Sport Committee include an independent regulator to oversee tech firms like Facebook.

It’s not been an easy process judging from the remarks of MPs and others involved with the inquiry. Facebook founder, Mark Zuckerberg, didn’t even come to the UK to answer questions himself, which has reportedly caused a stir.

END_OF_DOCUMENT_TOKEN_TO_BE_REPLACED

A settlement was recently reached over the 2013 Yahoo data hack incidents that saw billions of accounts compromised worldwide.

The holding company for what remains of Yahoo who took over the company’s liabilities has reached a settlement for a number of legal actions it had been facing in the wake of the cyber-attack.

The Yahoo data hack was one of the biggest ever recorded. It was arguably a real wakeup call about the importance of data security in a world that’s continually increasing the use of online technology.

END_OF_DOCUMENT_TOKEN_TO_BE_REPLACED

The monumental Collection #1 data breach that hit the headlines last week shows just how vulnerable people are to data breaches.

The incident, known as the Collection #1 breach, involved what many say is the biggest ever dump of hacked information on the internet. Hundreds of millions of email addresses and passwords that are thought to have been taken from a number of different hacks were published online. Criminals may have been using the information to break into people’s accounts for years.

The sheer volume of the Collection #1 data is a stark reminder as to just how vulnerable people are nowadays.