Has a social worker leaked information and breached your confidentiality?

Usually run by local councils, social services hold large quantities of sensitive information about the people under their care. The private nature of the work they carry out means that they are required to keep to strict standards of confidentiality. If they fail to do so, perhaps if a social worker leaked information or failed to keep data secure, they may be in breach of data protection law.

Whether they are children in foster care, people with disabilities, or elderly residents of council care homes, there are thousands of people in the UK who have some form of care provided by their local authority. The integrity of social workers is generally taken for granted but there can, unfortunately, be individuals who let the good name of their profession down.

Their actions may have been accidental or intentional, but in either case, a social worker should be held accountable if they have compromised your right to privacy. By making a compensation claim, you can ensure that you achieve the justice you deserve.

END_OF_DOCUMENT_TOKEN_TO_BE_REPLACED

The civil service spreads across a number of different departments, and handles a large amount of sensitive information. With the responsibility of processing, handling and storing such private data, we would expect the civil service to ensure that such data remains secure. Instead, there have been a number of civil service data breaches in recent years which indicates that these government departments may need to improve their data protection strategies.

In accordance with UK data protection law, all organisations in possession of information must protect it from exposure with appropriate procedures and cybersecurity measures. If they fail to do so, they could be deemed to have broken the law, and may face sanctions or penalties.

But also, if you have been affected by a data breach, you could be eligible to claim compensation for any harm caused. Even the civil service is not exempt from data protection law, so come to us for free, no-obligation advice if you think you may have a compensation claim to make.

END_OF_DOCUMENT_TOKEN_TO_BE_REPLACED

Oxford City Council issued an apology over a possible data breach that the local authority may have caused. It is said that a computer error may have exposed information contained in rent statements.

Following news coverage from The Oxford Mail, the exact nature of this security incident and its impact has been unclear. It was not decisively identified as a data breach, but incidents such as this nevertheless highlight the damage that can be brought about by unintentional data protection errors. Even where the data controller has not broken data protection law, it is important to flag potential negligence to ensure that it is thoroughly investigated.

As a victim of an information security incident, it can often be difficult to tell whether or not an organisation has breached your rights under data protection and privacy law. This is why it is important to seek legal advice if you have reason to believe that your personal information has been compromised. At Your Lawyers – The Data Leak Lawyers- as leading data compensation claims experts, we can offer potential data breach victims free, no-obligation advice on their eligibility for a compensation claim.

END_OF_DOCUMENT_TOKEN_TO_BE_REPLACED

The head of Manchester City Council has recently reported that the local authority’s IT systems have been subjected to regular cyberattacks in recent times. Richard Leese described how the council has reportedly been hit by concerted attacks recently, and he believes that other councils may be falling victim to the same kinds of issues.

The council chair’s warning to other local authorities highlights the importance of cyberattack prevention and response strategies, particularly in terms of how there is a need for a shared approach. Despite their sometimes small and local scale, councils cannot expect to avoid assaults on their systems and networks. Hackers can be indiscriminate in their targets, seeking to hit as many organisations as possible in the hopes of data theft and financial gain.

With councils facing a significant threat of cybercrime, it is essential that all local authorities comply with data protection law to produce effective methods of protecting the personal information they hold. If they are found to be responsible for data exposure, they may be in breach of the law, and the victims of the breach may be entitled to claim compensation for the harm caused.

END_OF_DOCUMENT_TOKEN_TO_BE_REPLACED

A report by The Register has revealed that text messages sent by council agents en masse to UK taxpayers may have been exposing their personal data to unrestricted access. The external agency Telsolutions Ltd reportedly developed the SMS system for the purposes of chasing debts, but allegedly failed to impose basic security measures. This has apparently made it easy for users to manipulate the links sent in the text messages. This example of a council debt chasing data breach could, therefore, be a sign of a fundamentally inadequate approach to data protection.

It is unclear if anyone took advantage of the security loophole, and if so, how many people chose to do so. Nevertheless, its existence can be enough to cause concern for anyone contacted by local councils in this manner, particularly given the vulnerable situations some alleged tax defaulters may be in.

Your Lawyers, as specialists in data protection law, is disappointed to hear that a number of councils may have again failed to take the precautions necessary to protect their residents’ private information. We help data breach victims to claim compensation for the harm caused, so you can contact us for advice if you think you may have a claim to make.

END_OF_DOCUMENT_TOKEN_TO_BE_REPLACED

A Chorley Council data breach has recently been reported after it was revealed that thousands of members of the public may have had their details exposed by the local authority. The incident appears to be yet another example of the damage that can be done to information security when employees make misjudgements.

Unfortunately, the incident at Chorley Council is only one in a long list of data breaches to have been caused by human error at local government bodies generally. Councils like Chorley should be striving to break with this trend, but there has unfortunately been little progress in terms of data protection it seems.

In the UK, all third-party data controllers are obliged to comply with the GDPR in their protection of the information that they hold and process. If they fail to do so, they can be held accountable, and those affected may have a right to make a compensation claim.

END_OF_DOCUMENT_TOKEN_TO_BE_REPLACED

A former Wiltshire Council social worker has reportedly been taken to court over a “serious breach of trust”, having been found to have accessed sensitive information without reason or authorisation.

As a social worker, the individual in question was granted certain data access privileges. It has been reported by the Gazette and Herald that she abused her position in a way that could have put the privacy and safety of vulnerable people at risk.

Social workers naturally have a high level of trust invested in them, so it is understandable that there is a no-tolerance policy for any employees who breach this trust. Social services data breaches like this can have severe consequences for those affected, particularly where vulnerable minors are involved, as their personal details often must be kept under highly restricted access in order to protect them from abusive adults. We represent people for these kinds of cases quite a lot. As such, it is essential that anyone who threatens to compromise the need for data protection is punished accordingly.

END_OF_DOCUMENT_TOKEN_TO_BE_REPLACED 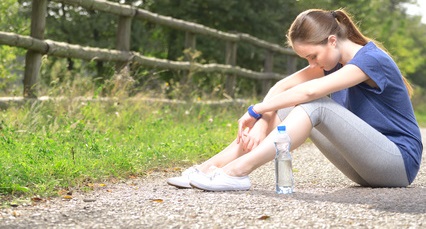 In the worst cases, data breaches can involve highly sensitive information, compromising the privacy and safety of some of the most vulnerable people in our society. In particular, social services breaches often affect the most vulnerable victims, leaving them open to even more risks than they already face.

Generally run by local councils, social services offer support to their local communities, whether this is providing assistance for people with disabilities, running care homes, or setting up domestic abuse support groups. While social services are absolutely essential to ensuring the safety and well-being of the people under their care, this protection can break down when a data breach occurs.

Anyone who has been let down by a social services data breach may be able to claim compensation for the harm caused.

END_OF_DOCUMENT_TOKEN_TO_BE_REPLACED

The cyber threats to local governments has been present for a number of years, but the current coronavirus crisis has also presented a new opportunity for cybercriminals. As the external threat posed by hackers shows no sign of abetting, it is up to the councils themselves to take action to prevent local government cyberattacks.

If you have been affected by a data breach of any kind, you may be able to claim compensation for the harm caused. Contact us today to receive free, no-obligation advice on your potential claim.